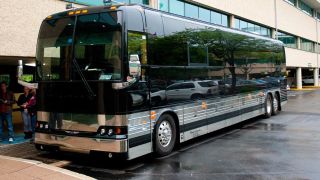 More than 60% of musicians have suffered from depression or other psychological problems, a study has revealed.

And for 71% of those who took part in the research carried out by the charity Help Musicians UK, the ups and downs of touring was a contributing factor to their mental health issues.

The Guardian reports that many of the musicians surveyed were reluctant to look for help. One anonymous artist says: “I feel guilty asking for help with something I should be able to deal with given the issues in question are part and parcel of the career path I’ve chosen.”

In the world of rock, artists who have suffered from mental health problems recently include Creed frontman Scott Stapp, After The Burial guitarist Justin Lowe and Eyehategod singer Mike Williams. Stapp had a very public breakdown last year when he posted a video online in which he claimed he was the target of a US government conspiracy.

Lowe’s problems were also aired publicly, with his bandmates later updating fans with the news that he was in “a very broken state of mind” and was being cared for by his family.

Isabella Goldie of the Mental Health Foundation tells the Guardian: “The classic image of a touring musician would seem counterintuitive to all we know about well-being. Drinking in moderation, avoiding drugs, getting sufficient amounts of sleep, and having a support base of close friends and family nearby. These are the bonds that help keep you grounded – it’s no surprise that some musicians struggle.

“Musicianship remains one of the most exalted job roles and each live performance can provide a real high which can be hard to adjust to – especially when the elevated status that musicians receive is suddenly lost.”

Breakdown in personal relationships as a result of life on the road is also cited as a major cause for concern among musicians involved in the study.

Read the full breakdown of the study here.