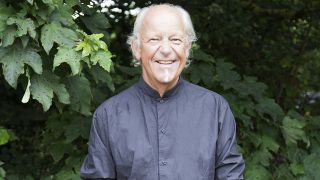 Martin Barre has announced that he’ll release his new album later this year.

Speaking about the 11-track record, Barre says: “I’ve concentrated on improving my songwriting over the last few years and as a result, I am really pleased with this new CD.

“Although my playing has a lot of space in the music, I’ve worked a lot harder on the arrangements and lyrics.

“My goal is to have a CD that keeps the listener from beginning to end. Roads Less Travelled reflects my belief in taking music somewhere new.”

Pre-order details will be announced in due course, while the cover art and final tracklist can be seen below.