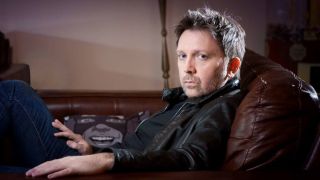 Former Mansun frontman Paul Draper has signed a deal with Kscope ahead of the release of an upcoming solo EP.

Draper’s EP One – a nod to Mansun’s first single on Parlophone called One EP – arrives in June and is Draper’s first new music since Mansun’s split in 2003.

Draper says: “I’m delighted to sign with Kscope. After speaking to quite a few labels, Kscope understood best what Mansun were trying to accomplish with our albums and their dark humour.

“They are giving me free reign to create rock music outside the confines of the indie scene. They’re allowing me to let the music to be exactly what I want it to be from inception to release. I feel I’ve found a perfect home for my work and I’m enjoying working with the guys there immensely.”

A single is expected later on April 29 on limited 7-inch vinyl release, although no title or further details have been released.