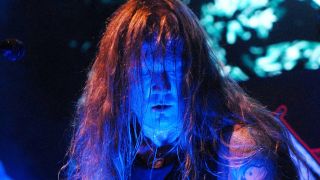 Machine Head have settled their legal dispute with sacked bass player Adam Duce – although the details will remain private.

The band say all of Duce’s claims against them, record label Nuclear Blast, manager Joseph Huston and current bass player Jared MacEachern have been dropped.

Duce launched legal action in January, claiming he was owed at least $1.8million and that frontman Robb Flynn had damaged his reputation by saying in a blog: “We may have fired Adam, but Adam quit well over a decade ago – he just never bothered to tell anyone.”

The band later argued through their attorney that his case should be dismissed for a string of technical reasons.

“The terms of the deal will remain confidential but both sides were able to reach a satisfactory agreement.

“Machine Head will hit the road in the US on July 8 with Anti Mortem on the Killers & Kings tour, and will release their as-yet untitled eighth album – their first with new-bassist Jared MacEachern – in November.”