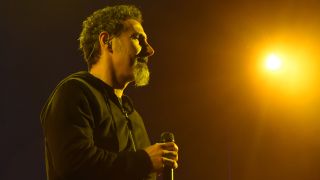 Serj Tankian and Ramin Djawadi have released their Game Of Thrones track The Rains Of Castamere.

The song features on the soundtrack to the eighth and final season of HBO’s smash hit series, which wrapped up on Sunday evening.

The System Of A Down singer provides lead vocals on the track and it’s the only guest appearance on Djawadi’s 32-song soundtrack, which is now available to buy.

The trio were joined in the clip by Djawadi, along with the show’s co-creator and showrunner D.B. Weiss and American singer, songwriter Brad Paisley.

Back in 2016, Anthrax guitarist Ian was transformed into a White Walker, while Mastodon appeared in the series in 2015.