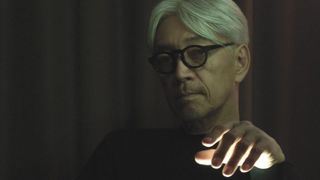 Ryuichi Sakamoto has released a new track, This Is My Last Day 2, which you can listen to below.

This Is My Last Day 2 is taken from a forthcoming soundtrack to a brand new Black Mirror episode Smithereens, which will air on Netflix on June 5. The episode, about a cab driver with an agenda becomes the centre of attention on a day that rapidly spirals out of control, features Andrew Scott and Topher Grace.