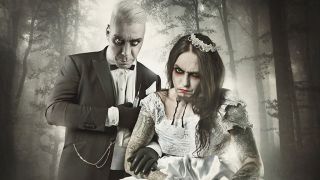 Lindemann have issued a promo for the single Praise Abort.

The track is taken from Rammstein frontman Till Lindemann and Hypocrisy and PAIN man Peter Tagtgren’s upcoming album Skills In Pills. It’s set for release on June 23 via Warner Music Group.

Lindemann previously told TeamRock that Rammstein fans might not like the material as he doesn’t sing in German on the record.

He said: “Peter’s a real metalhead and I’m into this gothic thing. I know a lot of hardcore Rammstein fans may not like it because they’ll miss the German language and harsh sounds, but this is a side-project and I bring a lot of personality into my half.”

Praise Abort will be released as a CD single and digitally via iTunes tomorrow (May 29). It features the original song along with three remixes and two versions of album track Fat. Skills In Pills is now available to pre-order.

Till Lindemann features in the latest issue of Metal Hammer which is on sale now.

Till Lindemann: Licence To Till