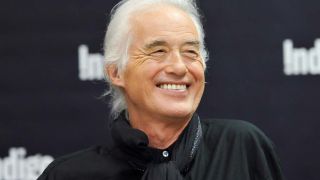 Led Zeppelin have issued a teaser trailer to support the release of the deluxe edition of 1982’s Coda.

It’ll be launched alongside Presence and In Through The Out Door on July 31 – and marks the final instalment in the band’s reissues series.

Mastermind Jimmy Page recently told Classic Rock: “It was a very difficult album to approach. We’d lost John Bonham in 1980, but even when I came to do Coda, it still felt tough. It was a contractual album. We had to do it.

“It had to have credibility because it could have been quite unpalatable otherwise. It helped that we had Darlene, Ozone Baby and Wearing And Tearing from the Polar Sessions – and only John and I knew about Bonzo’s Montreaux.”

All three albums are available to pre-order.

The full interview appears in the latest edition of Classic Rock, on sale now in print, digital and via TeamRock+.

Led Zeppelin: Presence / In Through The Out Door / Coda