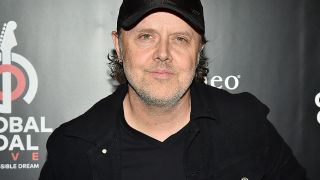 Earlier this week it was confirmed that Metallica would headline five US festivals in 2020, playing two headline sets at each event.

They’ll hit the stage at the Epicenter festival, Welcome To Rockville and the Sonic Temple Art And Music Festival before further appearances at Louder Than Life and Aftershock.

That’s a total of 10 shows over the course of all five festivals, which has been set up thanks to a partnership between the band and Danny Wimmer Presents.

And drummer Lars Ulrich says the band are planning different setlist for each show, but cautions that final planning is a long way off.

He says: “I really don't think that much about the setlist that much in advance. We like to go deep and dust off things that we haven't played for a while.

"It’ll be fun, it’ll be challenging, but we thrive on this shit – and any time we get a chance to do anything outside of the norm, Metallica are four very happy guys.

“I don't want to freak anybody out, but it may not come together until about 24 hours before the first show, but it will definitely come together.”

Ulrich adds: “I think that the beauty in this is that it will be special. I think that all five of these festival appearances, all 10 of these shows will be unique.

“Every set is different and, obviously, it won't be the same five groups of two setlists, so all 10 of these shows will be different."

For each ticket sold, Danny Wimmer Presents will donate 25 cents to Metallica’s All Within My Hands Foundation and tickets will go on general sale from 9am PT, 12noon ET on October 14.