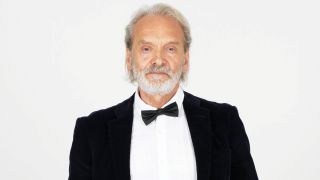 Jack Hues premieres the video for his debut solo single Whitstable Beach with Prog. It's taken from his forthcoming new album Primitif, a double affair that will be released next year. Whitstable Beach is released today

"I began writing and recording in a little apartment in the heart of Canterbury and added amazing musicians,  friends and family to the mix," the Wang Chung and Qaurtet man tells Prog. "I wove musical threads through the songs creating connections, confections, diversions and dispersions. It has taken me a long time to release a solo album so there is a lot to say and it has to be a double album to carry that weight of years and experience.  The emotional landscape is primal, the means of production were basic, if not exactly primitive... so this is Primitif."

Hues, who won the Outer Limits Award at this year's Progressive Music Awards, played the songs to Syd Arthur bassist Joel Magill, who has worked alongside him in The Quartet, and the sessions were completed at the group’s Wicker Studios, where he and Syd Arthur drummer Josh Magill were the rhythm section on most of the tracks.

"Whitstable Beach like many of the songs on Primitif, began life as a poem which Jack then set to music and was one of the first tracks written for the album.  Of the track Jack says "I had no plan when I started writing and recording this song which took it’s place in a huge outpouring of ideas and emotions. I wanted this song to be the first single as the themes it contains, both musical and lyrically, are at the heart of Primitif and are elaborated as the album progresses. The location is one of a number of references to the local geography in which this album was created”.

Hues formed Wang Chung in 1978, the band scoring with 1983's Points On The Curve album. They released the acclaimed soundtrack to William Friedkin's To Live And Die In LA in 1985. Hues also worked with Tony Banks on his 1995 album Strictly Inc. Hues formed his own jazz fusion band The Quartet in 2003 and  earlier this year released an acclaimed cover of Beck's Nobody's Fault But My Own with Syd Arthur.