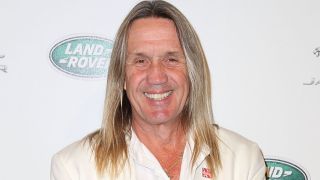 Iron Maiden drummer Nicko McBrain believes the band’s longevity is a result of doing what they want to do despite prevailing trends.

And he’d have been happy to play latest album The Book Of Souls in full on tour if it had been possible.

Their current road trip ends later this week with a performance at Wacken Open Air in Germany, which will be broadcast live online.

McBrain tells Rock FM: “I said, ‘We should do the lot – we should play every song off that record.’ And obviously that would have been a bit of a push, because it’s 92 minutes long. That’s your show gone.

“It was a silly suggestion that was blown out. But it’s such a great album.”

He continues: “We have to be a little bit selfish in what we play live, what makes us feel happy when we go on stage and do older songs. We physically can’t play a three or four hour set, which still wouldn’t cover everything that everybody would want to hear.”

Iron Maiden’s current set includes six tracks from The Book Of Souls, which is their first double-length studio album, produced by Kevin Shirley.

McBrain says: “We do it our way, and we do what we feel we want to do. We don’t pander and we never did.

“When we were recording it, and The Red And The Black came in, and that was 13 minutes long, Kevin is going, ‘Do you know how long you’ve got on the record so far?’ He said it was like 70 minutes – and we still had a couple of songs to go.

“Bruce just turned around and went, ‘I suppose it’s a double album then,’ and we went, ‘Okay.’

The drummer describes The Book Of Souls as a “masterpiece,” adding: “We’ve always made great records. I always say, ‘This is the best thing we’ve ever done.’ ‘Oh, you said that about The Final Frontier.’ Well, yeah, it’s one of the best records I’ve made – until the next one.”