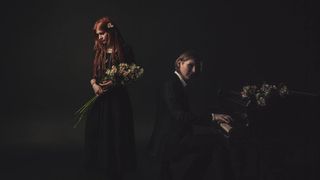 Iamthemorning have issued a stream of their latest album Lighthouse.

Gleb Kolyadin and vocalist Marjana Semkina will release the record on April 1 via Kscope.

The duo said of the album: “Lighthouse is a rich and eclectic album, with echoes of classical music, the Canterbury scene, northern folk, jazz and electronic sounds.

“Featuring a story of the progression of mental illness, the album takes the listener through the stages with the story’s central character, her attempts to fight it, temporal remission leading to a final breakdown.

“Lyrically, the works and lives of Virginia Woolf and Sylvia Plath inspire the album.”