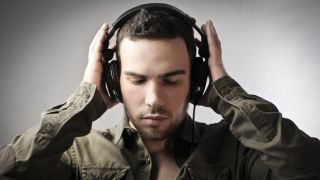 The World Health Organisation has warned that 28 seconds at a rock concert could damage hearing - and recommended that people should use earphones for just an hour a day.

WHO believe 1.1 billion people are at risk of suffering permanent ear problems through their listening habits – and that over 43 million people between the age of 12 and 35 are already living with hearing loss.

The health body says in a report: “The emerging pattern of listening regularly at high volume and for a long duration poses a serious threat.

“While it is important to keep the volume down, limiting the use of personal audio devices to less than one hour a day would do much to reduce noise exposure.”

They also urge the public to limit device volumes to 60% full output, take listening breaks while in noisy venues like concert halls and pubs, and to use earplugs.

Cancer Bats, While She Sleeps and The Blackout recently joined a safety campaign headed by AllEarPlugs.com, who say: “Awareness is still low on hearing damage. Only 34 per cent of those surveyed by Action On Hearing Loss believed they would suffer damage in their lifetime.

“Even more worryingly, 90 per cent of young people have experienced ringing in their ears – an early sign of damage – at least once.”

Cancer Bats frontman Liam Cormier says: “I want to be able to crank Pantera when I’m old and grey sitting on my porch, drinking a bucket full of black coffee. The only way I’m going to be able to still hear a thing is by taking care of my hearing now. Having a good pair of ear plugs is just planning for the future.”

WHO director Dr Etienne Krug tells the BBC: “What we’re trying to do is raise awareness of an issue that is not talked about enough – but has the potential to do a lot of damage that can be easily prevented.

“We do realise this is a bit of a struggle, like alcohol consumption. Risk factors linked to pleasure are not easy to change. But we have to make people aware.”