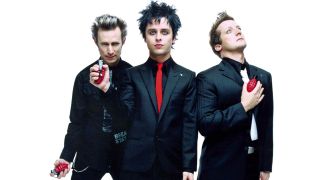 Green Day, My Chemical Romance and Fall Out Boy are among the first wave of names to be announced for Guitar Hero Live.

The popular video game has been on hiatus for five years but will return on PlayStation 4, PlayStation 3, Xbox One, Xbox 360 and Wii U via Activision and developer FreeStyleGames.

The game sees players matching on-screen prompts with button presses on a guitar controller which simulates notes or chords, enabling them to play along to tracks by their favourite artists.

The controller from previous versions has been redesigned, ditching the brightly-coloured buttons in favour of two small rows at the top of the fretboard, while the visuals have been revamped to make the experience more realistic.

FreeStyleGames creative director Jamie Jackson tells Eurogamer: “I hope the purists see there is a lot of fun there – and I hope they also see it will give them something to learn again.

“If I have a new game, I don’t want to just go straight in at the top. I want to learn. I want to have an experience of feeling like I’ve made my way to the top.”

Other artists confirmed include Pierce The Veil, Blitz Kids and The War On Drugs. A full tracklist and more bands will be announced in due course.

The game will launch this autumn and retail for £89.99.