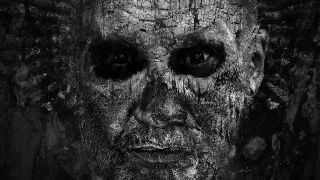 Fish is now hoping to release his long-awaited final studio album Weltschmerz this July. Talking ahead of his March tour, the singer discussed both the proposed album, which was first talked of in 2016 with a proposed 2017 release.

“There's a powerful alignment of the planets around this tour as I'm releasing my final studio album Weltschmerz in July, which is 30 years on from my first solo album, Vigil In A Wilderness of Mirrors," he tells Prog. "Vigil is scheduled to be released as a remastered project together with Internal Exile, my second solo album, in October this year."

Having already announced he will perform the whole of Vigil and preview tracks from Weltschmerz on the March tour, Fish has now added early Marillion material given the release of the deluxe edition of Script For A Jester's Tear in April.

“As well as those auspicious releases there is a new remaster of Script For A Jester's Tear, which was my first ever album with Marillion, due out in April. Taking all of the above into consideration, the set list for the UK tour contains a full performance of the Vigil album, five tracks from the new Weltschmerz album including the epic Rose Of Damascus which clocks in at 16 minutes, and a couple of tracks from Script as a nod back to my formative past.”