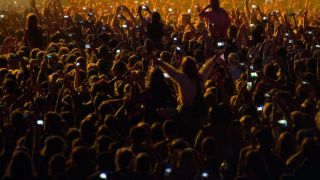 Festivals including Reading and Leeds are hoping to allow music fans to have their illegal drugs tested before they take them.

The scheme is aimed at reducing drug-related deaths at music events – and Festival Republic boss Melvin Benn is seeking support from local police forces to make it happen.

The Press Association report (via the BBC) that Benn expects “between six and 10 festivals this year” to take part in the drive.

He adds: “We talked about it during the summer of last year and the reality is that I took a decision that unless and until the National Police Chiefs’ Council supported the principle of it, it was difficult for us to move forward on it.”

While the scheme won’t be in place for next month’s Download festival, Benn reports: “We’ll see it this year for definite… at Leeds I’m pretty certain.”

He adds: “It’s taken a long time and it won’t be at every festival, but where we think there is a need to do it, we will be doing it.”

Benn, who is also involved with Latitude, V Festival and Wireless, is now waiting for confirmation from the NPCC and West Yorkshire Police.

The initiative is being supported by the Loop, who normally conduct forensic testing of drugs seized by police. If approved, music fans will be able to take their drugs to a testing tent where they’ll be informed what the drugs contain. The drug sample will then be destroyed.

Last year, 17-year-old Lewis Haunch died after taking drugs at the Leeds festival, while two other music fans died at Scotland’s T In The Park in reportedly drug-related incidents.

In 2016, the Loop ran the scheme at the Secret Garden Party in Cambridgeshire, where approximately 200 people tested their illegal drugs.