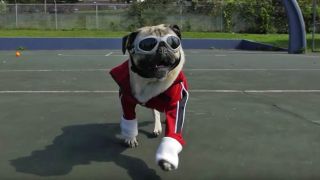 Fall Out Boy have re-recorded their track Irresistible with pop star Demi Lovato.

And they’ve released a video of the song, which originally appeared on 2014’s American Beauty/American Psycho – with bassist Pete Wentz stating the unlikely collaboration came together quickly.

He says on his blog: “Irresistible always felt like it could become something else and something exciting.

“I think Demi Lovato has one of the most powerful voices today so we worked through an afternoon and she just got it. Excited for you guys to hear this new version of the song.”

Fall Out Boy are currently on tour across Europe and will return to the US next year for a run of shows AWOLNATION.