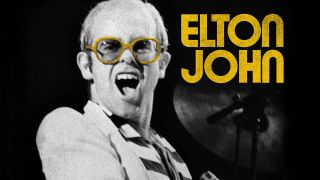 Elton John has announced details of his classic concert series which will be broadcast exclusively on his YouTube channel over the course of the next six weeks.

Elton has picked live footage from his archives, with the first episode set to go live this coming Friday (July 3) at 5pm BST, when Live At The Playhouse Theatre will be shown – a set from the Edinburgh venue from 1976.

The series will then continue thereafter every Saturday at 5pm BST, with funds raised going directly to the Elton John AIDS Foundation.

Elton says: “My foundation’s COVID-19 emergency fund helps frontline partners prepare for and respond to the pandemic and its effects on HIV prevention and care for the most marginalised communities.

“We cannot jeopardise HIV testing and care during this time or else the results could be disastrous for the 37.5 million people living with HIV. So, I’m really happy to connect this YouTube concert series to benefit our Foundation’s urgent COVID response.”

To mark the concert series announcement, a trailer for the Edinburgh show has been released and can be watched below.

The set was recorded as part of the Edinburgh Festival Of Popular Music on September 17, 1976, and features tracks including Skyline Pigeon, Saturday Night’s Alright (For Fighting), Rocket Man, Daniel and Bennie And The Jets.

Earlier this year, Elton and his longtime collaborator Bernie Taupin won the Oscar for Best Original Song for the Rocketman track (I’m Gonna) Love Me Again.

The song also scooped a Golden Globe in January, while Taron Egerton – who portrayed Elton in the film – picked up the Golden Globe for Best Actor In A Motion Picture - Musical Or Comedy.