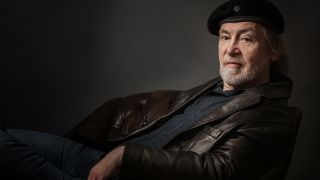 Eloy will release their latest album, The Vision, The Sword And The Pyre, through Artist Station Records on August 25.

The album is the first part of a double concept affair that looks at the life of Middle Ages French heroine Joan Of Arc. Originally conceived as an elaborate French stage musical, Eloy mainman Frank Bornemann has re-written the original in English and recorded with his band as a two-part album release. The new work also features Canadian singer Alice Merton in the lead role as Joan, whilst German blues artist Jessy Martens also makes an appearance.

Eloy formed in 1969, releasing their self-titled debut in 1971. Since then the band have released no less than 18 studio albums. 2009’s Visionary, the band’s first album after a 13-year hiatus, saw them back in the German Top 40.