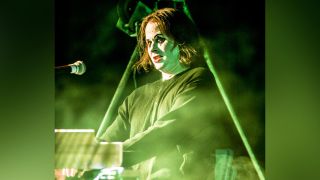 Discipline mainman Matthew Parmenter has confirmed the release of his third solo album, All Our Yesterdays.

The follow-up to 2008’s Horror Express will be launched via Bad Elephant Music after he met some of the label’s executives in a fire evacuation during this year’s Summer’s End Festival, where Displine made their UK debut.

Parmenter says: “Members of BEM were pointed out to me while waiting for the fire brigade to arrive. We eventually hooked up and they brought me on board. We can all blame it on the fog machine!”

He performed all vocals and instruments himself, with the exception of drum tracks on four songs, which were provided by Paul Dzenzel.

The results are described as “a stunning piece of work, best experienced as a single, all-encompassing musical odyssey.”

Label spokesman Martin Hutchinson says: “The brilliant songwriting, haunting melodies and sheer emotion that emanate from this striking record make it one of the most intriguing releases for next year already.”

All Our Yesterdays will be released in early 2016, and full details will be announced in due course.