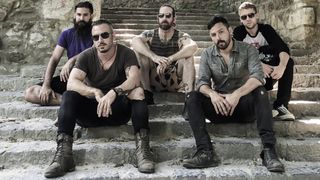 The Dillinger Escape Plan have announced they will likely go on an “extended hiatus” following the launch of their upcoming album Dissociation.

Though they offered no explanation for the move, the New Jersey outfit say their sixth title could “potentially be the final full-length” before they take a long break. The follow-up to 2013’s One Of Us Is The Killer is due out on October 14.

Further details of the band’s hiatus will be revealed in due course and the album artwork and tracklist can be viewed below.

He adds: “I feel that this song is one of the rare instances where all the members are feeling, and conveying, the same energy from start to end. A sharp-focused dagger plowing its way through thick heavy walls.”

Frontman Greg Puciato previously said of Dissociation: “So far it’s a lot weirder to me than the other stuff that we’ve done – it’s a lot less accessible, which I’m sure may be a shock to people.

“Obviously we’ve got a lot more melodic over the years. As of right now it’s pretty weird. I don’t know if I would use the word aggressive – it’s just really a change. I honestly don’t really know how to describe it.”

Meanwhile, the band have commenced an intimate North American tour, before they appear at Reading and Leeds festivals in the UK later this month.