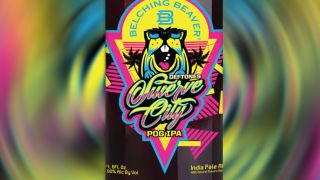 Deftones have released a new beer named after their Koi No Yokan track Swerve City.

They’ve collaborated once again with San Diego’s Belching Beaver brewery, who Deftones previously teamed up with for their Phantom Bride beer in 2016.

The brewery say in a statement: “We had so much fun with Deftones and our Phantom Bride collaboration that we had to bring them back for a new series of seasonal releases.

“The outpouring of support from fans at home and abroad could not be ignored.

“Swerve City IPA captures the tropical vibes of POG juice. With the classic combination of passion fruit, orange and guava – it’s like summertime in a bottle. So, sit back, put on your headphones, and drink away.”

To mark the release of Swerve City, the band posted a short video showing them at the brewery to oversee the IPA’s production. Watch it below.

Deftones have a handful of live dates remaining this year in support of their latest album Gore. Find a list below.