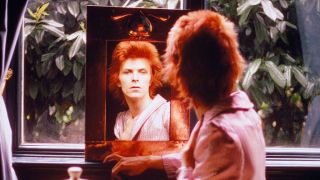 David Bowie has released a video for the previously unreleased song Sue (Or in a Season of Crime), which is being released as a 10” vinyl single for Record Store Day’s Black Friday.

The new song is backed with a home demo of Tis a Pity She Was a Whore. “If Vorticists wrote rock music it might have sounded like this”, says Bowie. Vortism was a British art and poetry movement of the early 20th century that was inspired by Cubism.

Sue is taken from Bowie’s new Nothing Has Changed collection, and the singer has released two trailers to accompany the release. The collection covers Bowies entire career, and features several unreleased tracks.