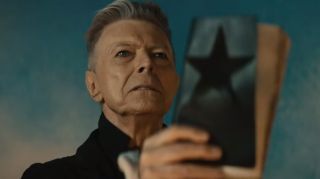 David Bowie’s Blackstar and A Moon Shaped Pool by Radiohead are on the shortlist for the 2016 Mercury Prize.

Organisers today named the 12 acts in the running for the top prize at the 25th annual Mercury awards ceremony, with Bat For Lashes and The 1975 among the other nominees.

Bowie released Blackstar – his 25th album – on his 69th birthday this year. He died two days later, on January 10, of liver cancer which he kept secret from everyone but his family and closest friends.

Producer Tony Visconti described the record as Bowie’s “parting gift” to his fans.

Radiohead’s ninth album, A Moon Shaped Pool, was released on May 8.

The Mercury Prize judging panel say: “This is music to make sense of our unsettling times - heartfelt, angry, thoughtful and thrilling. The 2016 Hyundai Mercury Prize Albums Of The Year are marked by their musical ambitions, unexpected instrumentation and breathtaking arrangements.”

This year’s Mercury process will, for the first time, allow fans to vote online to select the first artist to make the group of six finalists. Voting is now open.

The five remaining finalists and overall winner will be chosen by the judging panel, based solely on artistic merit, with the winner unveiled at the awards show at the Hammersmith Eventim Apollo in London on September 15.

The prize for the winner is £25,000. The full shortlist can be viewed below.