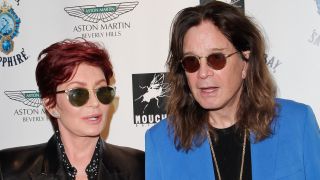 Ozzy Osbourne is attending therapy for sex addiction after wife Sharon discovered his affair with a hairdresser, a spokesperson has said.

Sharon announced in May that she’d split with the Black Sabbath frontman after he was alleged to have been involved with Michelle Pugh.

Ozzy, 67, recently claimed their marriage was back on track – but Sharon said she remained uncertain whether she could trust him.

Pugh has told People that her four-year relationship with the singer was “the greatest love of my life,” adding: “He made me feel like the most beautiful and worshipped woman in the world.”

But in a statement to the publication, Ozzy’s representative has suggested it was just sex for him – and Pugh wasn’t the only woman he was spending time with.

Meanwhile, Pugh is reported to have launched a lawsuit against Kelly Osbourne, after the singer’s daughter tweeted Pugh’s phone number and said she’d been exposing her father to “elder abuse.”

E! News says the lawsuit alleges that Kelly “intentionally and maliciously harmed her by publishing private facts and defamatory statements, in addition to inciting a rash of mass cyber-bullying.”

Sharon Osbourne last month described her husband as a “dirty dog” who’d be made to “pay big” for his behaviour.

Black Sabbath’s final world tour ends in the UK in February – and former drummer Bill Ward has ruled out any chance of taking part, despite recent speculation.

Ozzy Osbourne: I wish I was a hero to myself