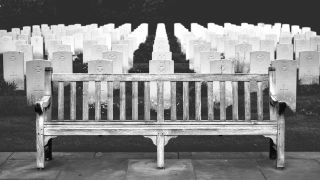 Plans by a Scottish council to raise cremation fees have been scrapped as they would have resulted in a cost of £666.

Bosses at Argyll and Bute Council were worried that the move could upset grieving relatives due to the number widely regarded as being the number of the beast.

The Daily Record report that the cost of £647 had been due to rise by 3% at at Cardross Crematorium, but that’s now been recalculated to £665.

The newspaper say a report to councillors read: “It’s unfortunate that the 3% inflation has meant the charge is £666, which could be upsetting for some people.”

An Argyll and Bute Council spokesperson explained to Metal Hammer: “Year on year cuts to our funding mean that, like all councils, we must make changes to how we work so that we can continue to deliver services.

“The crematorium charges were amended after applying a standard inflation increase of 3% to fees and charges for 2018-19. It was agreed by councillors to adjust the charge for cremation to £665.”

The number 666 has long been associated with rock and metal bands, including Iron Maiden’s classic 1982 album The Number Of The Beast, while Slayer recently launched the 6,66 box set featuring their last album Repentless.