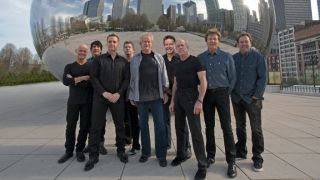 US jazz rock legends Chicago have teamed up with US army for a remixed version of their classic song 25 Or 6 To 4. The new version came about after rapper realnamejames re-imagined the song. Now a full-length version is available, which you can listen to below.

The original version of the song was written in 1969 by Robert Lamm, a founding member of Chicago. Lamm, along with bandmates Peter Cetera, Terry Kath, Lee Loughnane, James Pankow, Walter Parazaider, and Danny Seraphine, recorded the song for the group’s 1970 breakthrough album, Chicago (II). Certified platinum by the RIAA, the record reached #4 on the U.S. album charts, and 25 Or 6 To 4 became the group’s first Top Five single, peaking at #4 and it remains one of their most recognizable songs to this day.

The lyrics of the original song reflect Lamm’s experience writing a song in the middle of the night. The enigmatic title is a reference to the time he was writing the song, 25 or 26 minutes before 4 a.m. While Lamm focused on overcoming a creative hurtle, the new lyrics written for 25 OR 6 TO 4 (GoArmy Remix) concentrate on the pursuit of personal achievement.

“I so respect the skills of realnamejames with his tour de force rap that creates a metaphor for bravery and accomplishment," says Lamm. “It’s exciting to have my song morph into a powerful audio/video experience.”

Anchored by a thunderous beat, 25 OR 6 TO 4 (GOARMY REMIX) skilfully incorporates elements from the original song.  The remix includes Kath’s iconic descending guitar riff and Cetera’s impassioned vocals backed by Lamm, while Kath harmonises the repeated chorus "25 Or 6 To 4". This all comes together with the instantly recognisable horns of Loughnane, Pankow, and Parazaider.