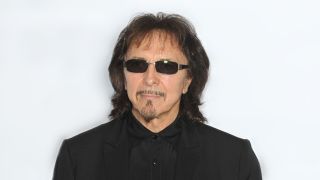 Black Sabbath guitarist Tony Iommi will highlight the loneliness of cancer victims at a public event in his home city of Birmingham today (August 26).

He’s taking part in Macmillan Cancer Support’s Not Alone campaign, which aims to offer people an idea of how isolated it can feel after diagnosis.

Iommi announced he had the disease in 2012 and later admitted he’ll never live another day without feeling under threat.

He said in January: “Every day I feel around for lumps and bumps. Every time I get a pain in my stomach I think, ‘Oh God, it’s cancer.’ It’s horrible. I even dream about it. But that’s my life now.”

He’ll invite passers-by in the Bullring shopping centre to step into an isolation box, which allows those outside to see in, while there’s no connection with the world from inside.

Macmillan say: “Like so many people affected by cancer, they’ll be left feeling completely alone in a crowd.”

Campaign manager Laura Keely explains: “Quite often friends and family don’t understand what someone is going through, and how utterly lonely a cancer diagnosis can make them feel.

“With 2.5m people in the UK living with cancer, we can’t be there for everyone. We’re calling on people to reach out – even the smallest gesture can make a massive difference.”

The charity’s figures suggest that over a fifth of cancer victims suffer loneliness, even though around half of them describe themselves as having as much social contact as they want. In extreme cases patients will fail to follow medical instructions or even refuse cancer treatment as a result of loneliness. Find out more.