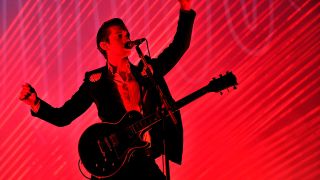 Arctic Monkeys have announced a string of tour dates across the UK and Ireland in September.

The run of dates have been lined up in support of their latest album Tranquility Base Hotel & Casino, which is due to be released on May 11 via Domino.

The first show will take place at Manchester Arena on September 6, with the final concert planned for the Newcastle Metro Radio arena on September 27. The band have confirmed that US pop-rock duo The Lemon Twigs will provide main support for all dates.