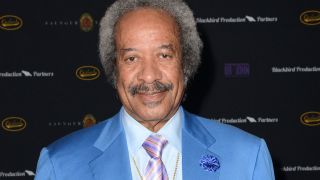 The Allen Toussaint Quartet were on tour in Spain and WWL report he passed away on Monday – a day after the band played a show at Bilbao’s Sala BBK.

Toussaint was born on January 14, 1938, in New Orleans and released his debut album The Wild Sound Of New Orleans in 1958. He would go on to release more than a dozen albums, with his last being 2013’s Songbook and was inducted into the Rock And Roll Hall Of Fame in 1998.

His tracks and compositions were also widely covered by artists including Iron Butterfly, the Rolling Stones, the Jerry Garcia Band, Ringo Starr, Bonnie Raitt, Boz Scaggs and Frankie Miller, while the Yardbirds recorded Toussaint’s A Certain Girl for the B-side of their 1968 debut single I Wish You Would.

Toussaint was also know for his charity work, and just last week it was announced that he and longtime friend Paul Simon would hold a benefit gig in the city to raise cash for New Orleans Artists Against Hunger And Homelessness – a charity Toussaint helped set up.

No cause of death has been given. He’s survived by his son Clarence, known as Reginald, and daughter Alison.