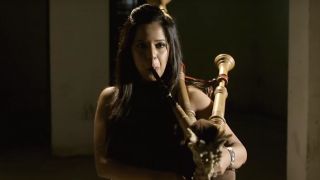 AC/DC’s classic track Thunderstruck has been reinterpreted – on the bagpipes.

The song, which originally appeared on the Aussie giants’ 1990 album The Razor’s Edge, has been covered by Indian artist Archy J, aka The Snake Charmer, who’s called her version Dubstruck and mixed the song with Asian tunes. View the video below.

She says: “The world’s first dubstep bagpipe track on a rock’n’roll song. This will definitely be something you have never heard before. No matter what music you listen to, there is something in this for everyone.”

Archy J has previously covered Eluveitie’s A Rose For Epona, and the theme tune for HBO TV series Game Of Thrones. Find out more on her Facebook page.