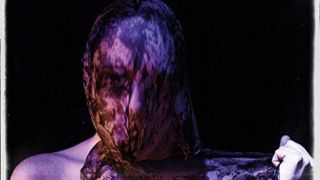 Slipknot - We Are Not Your Kind

The wait is over: the new Slipknot album, We Are Not Your Kind, is finally here, and you can hear it in all its glory below.

It's been five years since Slipknot last released an album, and anticipation surrounding their sixth studio album has been rife.

Singles Unsainted, Solway Firth and Birth Of The Cruel only served to strengthen the hype – each telling an exciting new story about Slipknot's progression, dropping clues about their development as artists and hinting at an album which pushed exciting new ground musically.

Chris Fehn left the band, to be replaced by the mysterious Tortilla Man. It was all change on the Slipknot front.

And then there were the new masks that came along with album six – with each of the members receiving a make-over for the new era, some of which were better received than others.

Now, the album has hit streaming services, so you can check it out for yourselves.

Want to learn more about the new album? Read our official review of the new album, check out the timeline of how the new album came to life, or look at our in-depth reviews of singles Solway Firth and Birth Of The Cruel.

Check out our guide to the essential Slipknot merch if you fancy wearing your love for the band on your sleeve. Literally.