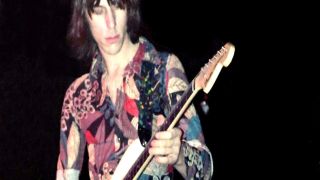 Let’s begin with a warning: jazz rock can be terrifying and it isn’t for everyone. But you can take comfort from the fact that it alienates and angers as many ‘proper’ jazz ‘buffs’ as it does rock fans. If you think Dylan going electric was a big deal, you should have heard the hissy fits from the hep cats when Miles Davis went on stage in the mid-60s and started playing along with a bunch of crazy muthas with Afros who fed their instruments through wah-wah pedals.

Jazz rock, or fusion, was the last gasp of jazz, the final surge of energy and creative power before lapsing into the hideous heritage industry that it has become today. Jazz rock is pretty hard to define. For bands like the Mahavishnu Orchestra it involved hard rock structures but with complex, improvisational elements.

Rock and jazz have a few ancestors in common – the blues, even ragtime – but it wasn’t until the mid-60s that the two converged in what came to be known as jazz rock/fusion. Bands like The Grateful Dead, The Byrds and The Doors cited jazzers such as John Coltrane as major influences (listen to The Doors’ Light My Fire back to back with Coltrane’s Ole), although jazz fans and musicians tended to regard most rock as inferior.

By 1967, rock had become more creative, and for the first time jazz artists began to take influences from the likes of Jimi Hendrix, James Brown, The Beatles and Sly & The Family Stone. There were also commercial considerations: jazz had waned as the dominant form of popular music.

It was a two-way street: rock artists like Jeff Beck, Ginger Baker and the late Tommy Bolin wanted to stretch themselves as musicians, and acceptance by the jazz fraternity was like passing the cycling proficiency test. Had he lived, there’s little doubt that Hendrix would have followed the logical course set by his Band Of Gypsies and become a jazz-rock star.

From roughly 1967 until the mid-80s, the intermarriage of jazz and rock produced some of the most stunning, original and mesmerising music of the 20th century (to be fair, it also produced more than its fair share of unlistenable toss). Much of what we know as progressive rock – Yes, ELP, post-Red King Crimson – was essentially jazz rock lite. Today we can still hear the influence of the Mahavishnu Orchestra and Miles Davis in bands as diverse as Tool, Mastodon and The Mars Volta.

“A person would be a moron not to appreciate [John] McLaughlin’s technique,” Frank Zappa once said. “The guy has certainly found out how to operate a guitar as if it were a machine-gun.” Birds Of Fire was the Mahavishnu Orchestra at their absolute best, a multi-ingredient fusion – jazz, rock, blues, Celtic folk, Indian classical – churned out at an amazing breakneck speed. John McLaughlin’s guitar work was staggering, and keyboard player Jan Hammer and violinist Jerry Goodman were also virtuosos. The seemingly telepathic interplay and improvisation is a joy to hear.

Beck was one of the few rockers to make the transition to jazz. His 1976 masterpiece Wired – particularly his cover of Charles Mingus’s Goodbye Pork Pie Hat – is one of the few albums you could describe as jaw-dropping and mean it. Entirely instrumental, and at just under 35 minutes comparatively short, this is an album that passes in a blur of high-speed funk, ultra-heavy techno-flash guitar solos and thrilling power chords. Yes, it’s Beck shamelessly showing off, but it’s hardly self-indulgent. It’s like a shopping list of musical ideas and directions, each of which could have spawned an entire album in its own right. Marvellous.

As the drummer with Miles Davis and the Mahavishnu Orchestra, Cobham was one of the foremost musos of his generation. Spectrum, though, is more than a bunch of difficult drum solos. Opening with the truly amazing Quadrant 4 – which highlights the high-speed rollercoaster guitar of the young Tommy Bolin – Spectrum is all about the interplay between great musicians, crossing every boundary from hard rock to the soulful heavy funk of Red Barron. The drumming, as you’d expect, is from the realm of the angels – listen particularly to Stratus, where Cobham proves the superiority of the human over the drum machine.

Superior: Return To Forever Hymn Of The Seventh Galaxy Verve, 1973

There’s some debate among aficionados as to whether this or its follow up, Romantic Warrior, is the superior RTF album. …Galaxy is a less polished album, leaner and meaner, full of high-jazz musicianship and a lowdown hard-rock attitude. The inventiveness on the title track, and keyboard player and leader Chick Corea’s reworking of his own Latin-flavoured Captain Senor Mouse, are definite highlights, as is After The Cosmic Rain, which showcases bass player Stanley Clarke’s propulsive style. RTF is kind of the next stage left after Yes’s Close To The Edge.

Miles Davis always bragged that he could put together the best rock band ever and blow everyone away. With this album, a soundtrack for a movie about boxing champ Johnson, recorded with John McLaughlin and Billy Cobham, Miles lived up to that boast. Two extended jams, kicking in with Right Off, McLaughlin playing heavy blues rock guitar, breaking down into moody psychedelia, James Brown-like funk and going back to bar-room rock, this is probably a clue as to how the mooted Hendrix/Miles collaboration might have sounded. A good jumping off point for Miles’s electric work.

Easily the most accessible jazz rock release here and the most commercially successful, Heavy Weather actually spawned the hit single (albeit a minor hit) Birdland. However, it was possibly that success that closed the book on fusion’s more creative years and gave birth to the ghastly easy listening mutation that was jazz funk. Regardless, this album still sounds as fresh today as it did at the time. Weather Report went straight for the jugular, delivering marvellous tunes, keeping the instrumental flash in the background, and made an album that was less jazz rock and almost jazz pop.

After he disbanded the Mothers Of Invention in 1969, Zappa surrounded himself with some little-known but extraordinary musicians to record what became his breakthrough album, praised or damned as the Zappa record that people who don’t like Zappa like. From the instrumental opener Peaches En Regalia, through the scatological blues of Willy The Pimp, this album heralded Zappa’s foray into jazz rock. While Mahavishnu and even Miles had a sort of spirituality, Zappa remained cynical, deflating the undeniable brilliance of the arrangement, writing and performance with the usual lame dirty jokes. A brilliant album nevertheless.

Colosseum’s second album finds them reaching beyond their limitations as, essentially, a Cream-influenced blues rock band and groping to create something revolutionary. The extended jazz rock jams and particularly the 15-minute title track are reminiscent of what US bands like Blood, Sweat And Tears, Chicago Transit Authority and Chase were also doing at the same time. Essentially these were the handful of bands from rock backgrounds who were able to make a convincing transition to jazz. Along with King Crimson’s In The Court Of The Crimson King, Valentyne Suite is one of the early milestones where prog rock and jazz rock met.

There’s no argument that this album is seriously flawed: Williams can’t sing for toffee and the production is truly awful. That said, the music made by then-prodigy drummer Williams and his band is pure electric hellfire. To the staid jazz establishment of the time, it must have been as shocking as Anarchy In The UK.

Emergency! emphasises the rock in jazz rock, John McLaughlin’s guitar almost anticipates classic heavy metal, while Williams’s drumming veers from hostile to ecstatic joy in the space of a few beats. Years ahead of its time, this album is a slightly ragged and tattered masterpiece.

Although the best jazz rock was released between 1967 and 77, there are a lot of paths and tangents for the explorer to follow. Jazz rock in Britain is best represented by Soft Machine’s Third (70), with more profoundly avant-garde noises following from the likes of Henry Cow’s Unrest (74) and cult classics like Centipede’s_ Septober _Energy (71).

The early works of Blood, Sweat And Tears, such as Child Is Father To The Man (68), the Buddy Miles Expressway – most notably Expressway To Your Skull (70) – and Chicago Transit Authority’s self-titled 1969 debut represent a strand of US jazz rock that came from rock bands rather than from jazzers ‘slumming’ it. European jazz rock is where things got really weird and wonderful: Wagnerian French band Magma released several sci-fi concept albums, most notably 73’s Mekanik Destruktiw Komandoh (which reimagined John Coltrane fronting an orchestra from Saturn), while the altogether gentler Gong fused jazz rock with late-period psychedelia on their excellent 73 album Angel’s Egg.

Avoid: anything by Kenny G.

Kenny G represents the dire depths to which fusion eventually sank. Flushed with and egged on by the commercial success of Weather Report’s Heavy Weather, a few jazz-rockers decided to chuck out all that scary, innovative stuff and just play some peaceful elevator music to sooth the folks after a hard day being yuppies. The 80s really was the Dark Ages of this sort of thing, with even Miles and Herbie Hancock turning out inexplicably banal car-stereo favourites. Think Jan Hammer’s Miami Vice music: brilliant but banal. It was a long road from Bitches Brew to Kenny G, but they say that in the deep, dark past, poodles were bred as attack dogs.

This was published in Classic Rock issue 87.