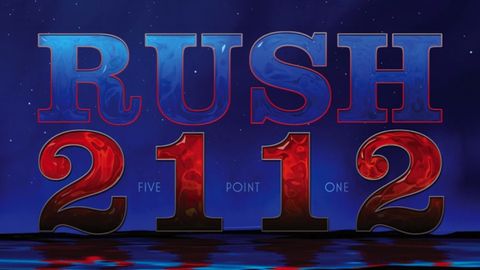 Today Rush are revered as pioneers of progressive metal. But in 1976, when they unleashed what would come to be regarded as their magnum opus, things weren’t quite so rosy. Under pressure from their record company after the progressively inclined Caress Of Steel had bombed, it was suggested they knock the concepts on the head.

So Rush being Rush created an album built around the side-long opening piece, on which lyricist Neil Peart was inspired by philosopher Ayn Rand. It worked a treat, firing the imagination of fans and wowing them with some incendiary prog in the bombastic opening couplet of the 2112 suite and the climactic Grand Finale, offset by the more plaintive Discovery and Soliloquy.

Although often regarded as a concept album, side two featured five separate songs, of which A Passage To Bangkok and Something For Nothing stand out. Here given the remastered 5.1 treatment, the redesigned cover grates, but the music remains timeless and classic.