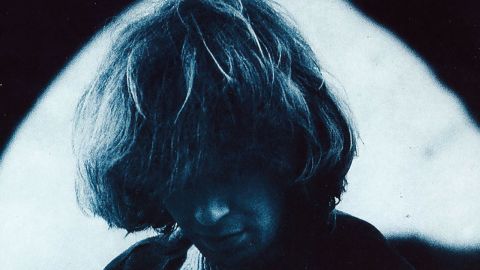 It was a psychically frazzled Julian Cope who emerged from the wreckage of four intense years of larks and lysergic explorations with The Teardrop Explodes.

Retreating to a Staffordshire village to play with his toy car collection in the dark (see his double-headed memoir Head On/Repossessed for full details), he emerged with the odd comeback World Shut Your Mouth (1984), an album that merges a love of psychedelia with a fondness for pure pop that helped anchor these explorations in reality. The focused moments provide singles – and highlights. An Elegant Chaos is a moving mid-tempo meditation on the absurdity of life and death, with Cope observing, ‘People I see, just remind me of mooing like a cow on the grass/And that’s not to say that there’s anything wrong with being a cow anyway’, while The Greatness And Perfection Of Love is a cynicism-free celebration. The album title would later lend itself to a single (not featured here) that gave Cope his sole Top 20 hit two years later. Fried (1985) was a better realised, though no less esoteric work, with anti-hunting opener Reynard The Fox offering a truly original interpretation of traditional English folklore. Me Singing meanders like the maddest guy at a house party grabbing a passing guitar, but bonus tracks such as the foot-stamping oddity Mik Mak Mok and the tripped-out subterranean sounds of I Went On A Chourney give a striking insight into this polymath’s fertile imagination. The album’s one single, Sunspots, with its stomping tuba, baritone vocal delivery and toy piano solo is a prime example of true 1980s psychedelia; a solitary beacon of eccentric, contorted pop music amid a morass of mid-80s poseurs and try-hards. Reissued with added rarities and session tracks, it’s a shame that these two underground classics are disrespected slightly by muddy mastering and so-so sleeve reproductions. Still, musically at least, these are a pair of subversive classics.