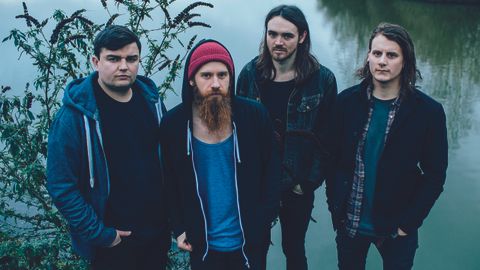 Two years ago they were the talk of the town and it seemed everyone wanted to turn up and gawp at what they were going to throw themselves off next. But, thanks to the fickle nature of the music industry, it appears the momentum they built has dissipated in the build-up to this debut album. Yeah, we’ve seen the ‘Ker-ay-zee’ gigs. But do they actually have any songs? It’s a question Heck have answered in the best possible way, by ramming the naysayers’ jibes down their throats as similarly as they would ram a guitar through a Marshall stack.

Instructions is a brilliant record, not just in the way it slices and fizzes in the manic Dillinger-covering-The-Icarus-Line-garage-punk way you’d expect, but for the depth and invention that can be heard as they sneak up behind you on Don’t Touch That Dial before screeching uncontrollably in your ear, or the sublime, 16-minute, three-part aural terrorism opera of (i) See The Old Lady Decently (ii) Buried Although (iii) Amongst Those Left Are You.