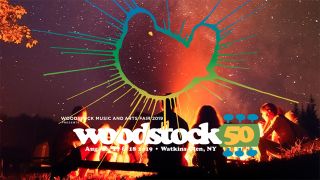 It looks as if the beleaguered Woodstock 50 festival has found a new home at last.

Just last week, organisers had a second request to hold the festival in Vernon Downs turned down, a move that was necessitated after original venue Watkins Glen International pulled their support for the event back in June.

Now, with just weeks to go until Woodstock 50 is scheduled to take place on August 16-18, Bloomberg have obtained documents which report that plans to hold the festival in New York State have been scrapped, and it’ll now take place at the Merriweather Post Pavilion – an outdoor location in Columbia, Maryland.

The new venue holds 32,000 people, with Bloomberg saying that organisers are currently in conversation with artists and their reps about the new plans.

The documents also note that Woodstock 50 would now serve as a fundraiser for charity, with a portion of proceeds from ticket sales going to non-profit organisations. However, at the time of writing, tickets are still not on sale.

Artists including Robert Plant And The Sensational Space Shifters, Greta Van Fleet, Santana, David Crosby And Friends, The Raconteurs, The Killers, Rival Sons, The Zombies and Gary Clark Jr have been booked to perform at the festival.