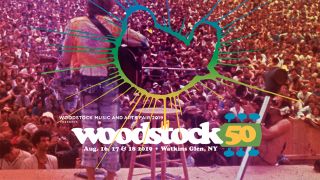 The original poster for Woodstock 50

The Woodstock 50 festival has been thrown into further uncertainty after site venue Watkins Glen International pulled their support for the event.

The festival – which is still scheduled to take place on August 16-18 – was plunged into chaos back in April when their main investors Dentsu Aegis Network withdrew their support.

Lawyers representing Woodstock 50 then issued a statement to say that Dentsu Aegis had “no legal right or ability” to try and cancel the event, while Michael Lang – the co-founder of the original 1969 festival who is also behind this year’s event – then said he was working with the other festival partners to “keep things on track.”

The latest setback came in a statement from the New York site, which read (via Rolling Stone): “Watkins Glen International terminated the site license for Woodstock pursuant to provisions of the contract. As such, WGI will not be hosting the Woodstock 50 Festival.”

One of the Woodstock 50 organisers Gregory Peck later told Rolling Stone: “We confirm that we will not be moving forward with Watkins Glen as a venue. We are in discussions with another venue to host Woodstock 50 on August 16 - 18 and look forward to sharing the new location when tickets go on sale in the coming weeks.”

But the festival has suffered yet more setbacks, as it’s also emerged that Woodstock 50 producer CID Entertainment have stepped away, while the New York State Department Of Health said its permit application was being rescinded.

CID Entertainment's Dan Berkowitz told Billboard: "CID Entertainment had been engaged to provide enhanced camping, travel packages and transportation for Woodstock 50. Given developments, we can confirm that CID is no longer involved in Woodstock 50 in any capacity.”

CID Entertainment were due to replace Superfly, who withdrew their support following the original statement from Dentsu Aegis.

Artists including Robert Plant And The Sensational Space Shifters, Greta Van Fleet, Santana, David Crosby And Friends, The Raconteurs, The Killers, Rival Sons, The Zombies and Gary Clark Jr are due to play at Woodstock 50.