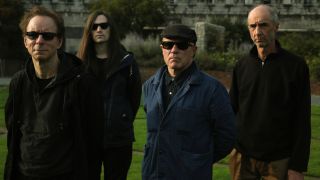 Wire have announced their return by revealing a new album and sharing a video for its first single.

Mind Hive will launch on January 24 through the band’s own Pinkflag label and follows 2017’s Silver/Lead.

The video for the first single from the album is Cactused, with the promo featuring footage from Graham Duff’s upcoming career-spanning documentary about the band titled People In A Film which is expected to be released in the spring of next year.

Check out the video for Cactused below along with a teaser for the documentary.

Wire will embark on a UK tour early next year before heading across the Atlantic for a run of North American shows in March.

They’ll then return to London on May 21 for a set at the Islington Assembly Hall.