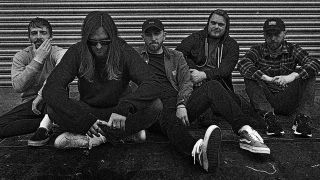 While She Sleeps have announced their return with a video for their new single and details on their upcoming fourth studio album.

The track is titled Anti-Social and it’ll be included on So What?. The follow-up to 2017’s You Are We will launch on March 1, 2019, via their own Sleeps Brothers label – and you can check out the promo below.

Guitarist Sean Long says: “We’ve let our hair down and we’ve got our bollocks out. I’m not fucking about. I’m not cutting corners. I’ve been writing like this will be my last album.

“You Are We got us to this special position and it’s given us a platform. For us, it’s like, ‘What can we do to really stick this in people’s faces? What can we put out there that we’re buzzing off?’

“I don’t want to be following everyone else – I want people to follow us.”

In addition, While She Sleeps will head out on the road across the UK and Europe early next year in support of the record.

Tickets will go on sale this coming Friday (November 2).

Find a list of their tour dates below, while a full tracklist for So What? will be revealed in due course.

The record can currently be pre-ordered through the band’s website.