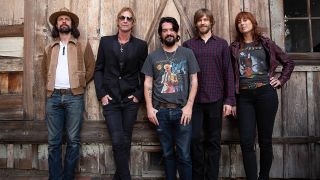 It will arrive on May 31, with the record seeing the Guns N’ Roses bassist hook up with Shooter Jennings, John Schreffler, Jamie Douglass and Aubrey Richmond, along with guests including Mark Lanegan.

Now McKagan has released a video featuring footage from the studio along with interview clips where both he and Jennings talk about the album.

Duff says: “The initial idea for this record was this tour I just did, travelling the globe. When you do that, you get out and you talk to people and I started writing things about that – my observations.

McKagan has released three songs from the album: Don’t Look Behind You, Chip Away and the title track.

Last month, it was revealed that McKagan would tour across the UK and Europe later this year.