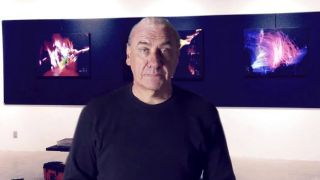 Ex Black Sabbath drummer Bill Ward says he was fit enough to continue playing with Ozzy Osbourne and co, despite his former bandmates’ claims to the contrary.

He left the band in 2012 ahead of the making of 13, with the group staying he was too ill to take part in their reunion. Ward has disputed this point, stating the claims only materialised after he refused to agree to a contract he regarded as “unsignable.”

He tells Ghost Cult:“I spent nearly a year with Black Sabbath, working on what would have been the 13 album.

“Never at any time was my drumming impaired, my health impaired or my ability to play drums. I’m so angry about those suggestions.”

Ward has demanded an apology from Osbourne before he’d consider a return to the lineup for the band’s final 2016 tour. Last month, guitarist Tony Iommi said the drummer’s return was up to him.