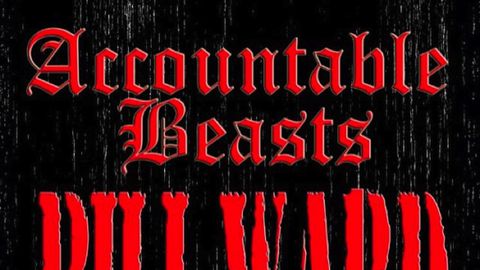 If it worked for Bowie, why not Bill Ward? Out of the blue last month, the estranged Black Sabbath drummer uploaded his first solo album since 1997 onto iTunes. So it turns out Bill Ward hasn’t been twiddling his drumsticks waiting for Ozzy and co to relent.

Ward’s last album, 1997’s When The Bough Breaks, was a blues-tinged and relatively mellow, self-reflective affair, but this is a far more curious creature.

Sabs fans will find the opening passages of chugging riffage on Leaf Killers comfortingly familiar, but then we venture off the beaten path as operatic vocal trills and melodramatic orchestral passages abound and Ward’s rather thin voice whines, ‘Undignified, uncompromised does not apply to me.’

The QOTSA-style urgency of the title track is another change of pace, before D.O.T.H.’s melodramatic pomp speaks of ‘the tearing down of me’, whatever that means, and ‘the darkest of the horse awaits my head’. First Day Back and Katastrophic World are similarly dystopian visions, then As It Is In Heaven is an oddly Floydian lament.

It’s all a little schizophrenic-sounding, but as such, it’s strangely riveting stuff. And a damn sight more adventurous fare than you’d expect your average sexagenarian rock drummer to come up with./o:p