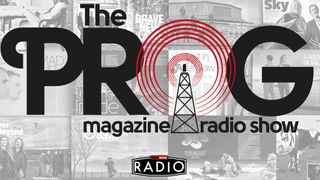 The Prog Magazine Show is hosted by Prog Editor Jerry Ewing and airs every Sunday at 5pm. It will also be repeated during the week.

Also airing this Sunday on TeamRock Radio from 11am-midday will be Steve Hogarth’s The Soundtrack Of My Life, where the Marillion frontman will be discussing The Blue Nile, Jeff Buckley’s Grace and Yes, among others.

Also happening in Prog world on TeamRock Radio next week, Devin Townsend will be doing a special soundtrack and we will be revisiting the Prog show archive, looking back at a chat we had with Rush’s Alex Lifeson.

The station is online only right now, with app functionality to follow soon. There are no plans to return to DAB radio.

TeamRock Radio re-launched today at 10am GMT. To listen, simply click ‘Listen’ on the top right corner of this website for the pop-up player or download the TeamRock Radio app on iTunes or Android.