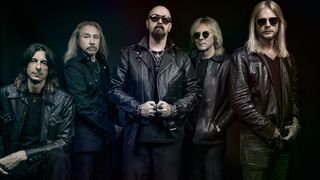 Knotfest Online’s series of streaming events will continue this month with sets from Judas Priest and Jinjer.

The Slipknot-curated festival has been keeping fans entertained during the lockdown with archive concert streams and other entertainment – and the next two are guaranteed to keep rock and metal fans happy.

This Friday (July 9) will see a previously unreleased performance by Ukrainian outfit Jinjer broadcast from 5pm ET (10pm BST). It was filmed in Melbourne, Australia, in March this year.

The show was filmed in front of 85,000 fans on the band’s Redeemer Of Souls tour with a setlist containing tracks including Dragonaut, Halls Of Valhalla, Turbo Lover, Hell Bent For Leather, Beyond The Realms Of Death and Painkiller.