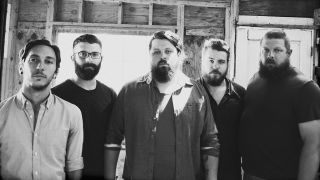 US prog rock band The Dear Hunter have been announced as headliners form the Saturday night at this year's ProgPower Europe festival. They join a bill already boasting a stellar international line-up, with Norwegians Green Carnation, US proggers Wilderun, Abraham Sarache from the Netherlands, Puerto Rico's Avandra, Mother Of Millions from Greece, Israel's Obsidian Tide and Sunless Dawn from Denmark.

"There is one band from the USA that we have been trying to book for ProgPower Europe for quite some time," the organisers tell Prog. "That is one of the reasons that we take great pleasure in announcing our second headliner. Another reason is that the band has not played in Europe  for 5 years. So ProgPower is offering a great opportunity to see them live. But the most important reason of course is that band is such a talented group of musicians, creating albums with amazing compositions and great story telling. Saturday, October 3rd at ProgPower 2020. We proudly present: The Dear Hunter!"