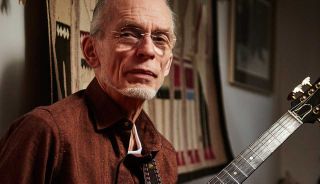 Steve Howe will release his latest solo album, Love Is, though BMG on April 17. It lands the day after Howe's forthcoming autobiography, All Our Yesterdays, is published through Omnibus on April 16.

In an announcement on his Facebook page, Howe says: "It’s an equal balance of guitar instrumentals and songs, which presents a symmetric balance of the things I do. I perform the lead vocals, electric, acoustic & steel guitars plus occasional keyboards, percussion and bass guitar on the instrumentals."

Howe goes on to state that he is joined by yes singer Jon Davison who supplies the harmony vocals, whilst Howe's son Dylan supplied all the drums.

"After starting all the tracks at our own studio, Curtis Schwartz then expanded the possibilities – including recording Dylan – and developed the mixes before Simon Heyworth mastered the tunes."