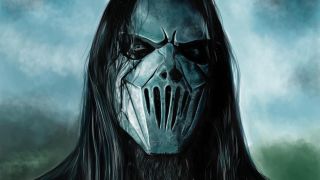 Slipknot guitarist Mick Thomson has revealed he’s had surgery on his spine.

He posted two x-rays of his spine on his Instagram account and praised the medical staff who looked after him during his stay in hospital.

Thomson says: “I recently joined the cyborg club. Sore as fuck but hope to be back to mid-2000s banging by our next record cycle.

“Should probably just have every disc replaced all the way down to be safe. Doctor Perri and the entire staff were awesome.”

Thomson isn’t the first member of Slipknot to have surgery over the last 12 months.

Fellow guitarist Jim Root had a disc replacement operation in October last year, while frontman Corey Taylor broke his neck in June 2016 which resulted in him having a disc replaced and work on his vertebrae carried out.

Taylor’s surgery meant Slipknot’s North American summer tour with Marilyn Manson had to be pushed back while he recovered.

Last year, Slipknot percussionist Clown suggested that the band’s sixth album and follow-up to 2014’s .5: The Gray Chapter might arrive in 2017 – but Taylor later said they won’t return to the studio for two years.

Clown said: “I’ve been on to Jim Root, like, ‘Man, we’ve gotta write an art record, our Wall, our Sgt Pepper’s.

“I’d love it if we could do a double album with interludes. Have a concept, maybe make a movie. Things that have all been done before – but our way, our interpretation. That would be a grand slam for the Clown.”