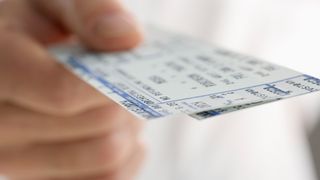 Secondary ticket websites have come under fire for selling tickets with ID restrictions.

Many big-name artists such as Tom Waits, Adele and David Gilmour enforce a strict policy whereby the name on the ticket must match the photo ID in a bid to curb ticket touting and ensure fans get to see the show at a reasonable price.

However, this can cause admission problems for those who purchase from third-party platforms after a concert sells out.

Justin Stanton, a public relations professional from London, paid £1200 for two David Gilmour tickets for his upcoming show at the Royal Albert Hall from Stubhub in June. A Stubhub staff member called him weeks later and told him that they would have to cancel his order and refund him after they were notified of the ID restriction rule at the venue.

Panicking that this “could be the last time” he sees the former Pink Floyd man perform, Stanton began searching for tickets on other websites – and he was shocked to find other third-party platforms were selling tickets for the same run of shows.

According to one website, 930 other people had viewed the tickets on that day alone – which made him wonder how many other fans had been let down by Stubhub.

He tells TeamRock: “The policy has been in place since his last tour. When I went to see Gilmour last year, it said you need an original photo ID.

“I didn’t have that, but I had my debit card, credit card, so the guard was nice and let us in. I assumed Stubhub must have some way around the ID restriction policy this time, but obviously not.

“I felt really let down by Stubhub because they never should have had them on sale in the first place – and nor should anyone. These places are effectively trying to sell something they can’t sell, which would be a breach of some law, somewhere.”

Stanton adds: “I don’t know how strict they’re going to be, but you can’t take the chance if you’re paying well over the face price for a ticket. And I find it hard to believe Gilmour’s people and the Royal Albert Hall would say, ‘Sorry Dave, the first rows are empty because we let nobody in.’”

Stubhub have since amended their listings and, like third-party platform Get Me In, say they only accept tickets from Royal Albert Hall debenture holders. Debenture holders pay upfront for access to all events at a particular venue.

The company says: “We were notified of ticket restrictions for some of the David Gilmour dates at Royal Albert Hall this September. Thus, we decided to fully refund buyers who purchased tickets for these select dates, a condition of our market-leading FanProtect Guarantee.

“We still have tickets available on StubHub for the other dates, where there will not be restrictions for Royal Albert Hall debentures holders, so these sellers are able to list with StubHub. We have now made some updates to the event listings to ensure that this information is clear.”

As of August 2, Viagogo are still selling tickets for David Gilmour shows in spite of the ID policy. They insist that people are within their right to do what they want with their tickets once they own them – but they will offer a refund in the “extremely rare” case that their customers are denied entry at the venue.

They say: “Sometimes tickets have the name of the seller on them, sometimes they do not. What’s important is that it is perfectly legal to resell a ticket or to give it to someone else if you want to, and Viagogo’s role is to guarantee that the ticket is valid and that the buyer receives it in time for the event.

“These restrictions are not in the interests of consumers, and nor do most people agree with them. The vast majority of people feel that once they own a ticket, they should be able to do what they want with it.

“We do not agree with any terms and conditions that restrict a person’s right to sell their own property. These restrictions don’t apply to any other commodity, nor should they apply to tickets.

“Incidents of people having a problem with their ticket are extremely rare. However, if a problem arises, we will either step in and provide replacement tickets, or a full refund where that is not possible.”

In May the UK government called on secondary ticket websites to crack down on touts bulk-buying tickets following an investigation which found that big players Viagogo, Get Me In, StubHub and Seatwave routinely break consumer rights laws – but there have so far been no changes to current legislation.

AC/DC in stand against ticket resellers