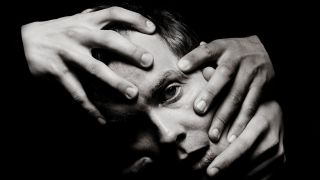 Sigur Rós frontman Jónsi has released a new single, Exhale. It's his first new musical release for over a decade and you can watch the video in full below.

Exhale is described as beginning "softly, featuring Jónsi and a somber piano in free-time. Over a bed of pillowy, glitchy synths, and piano, Jónsi repeats “just let it go now/ it isn’t your fault,” which feels like both a mission statement as well as a guide for living in the tumultuous 21st century."

The video directed by himself and Giovanni Ribisi and Exhale was co-produced by Jónsi and A. G. Cook.

Earlier this year, Jónsi had his first solo art exhibition at the renowned Tanya Bonakdar Gallery in Los Angeles. The avant-garde pieces explored the ways sound impacts the senses in more ways than just hearing.

Sigur Rós released their last studio album Kveikur back in 2013.